On June 19, 1865, Union soldiers arrived in Galveston, Texas, and announced the ending of slavery in the United States. No one before had informed the 250,000 enslaved people in far-off Texas that Abraham Lincoln had emancipated them 29 months earlier.

The celebration that erupted that day in Galveston spread across Texas, then across the South and finally moved north, part of the Great Migration. Juneteenth, as the holiday was dubbed, became America’s Second Independence Day and, more than 150 years after its first celebration, became the 11th federal holiday in the US.

As a people with a long tradition of commemorating our own freedom from slavery, we are honored to welcome writer and culture critic Thomas Chatterton Williams to talk about Juneteenth, not only as an African-American holiday, but as a universal one.

Mr. Williams is a contributing writer to The New York Times Magazine and Harper’s. He is the author of Losing My Cool: How a Father’s Love and 15,000 Books Beat Hip-Hop Culture and Self-Portrait in Black and White: Unlearning Race.

This program is sponsored by the Tisch family. 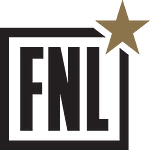 Once a month, under the sponsorship of the Women’s Auxiliary, Emanu-El congregants serve dinner and organize art projects and entertainment for the families residing at New York City’s Ronald McDonald House. Volunteers must register with the Women’s Auxiliary: 212-744-1400, ext. 235. Open to temple members only.

IMMIGRATION: The first Jew was an immigrant. Does that mean we should support open borders or admit those who disagree with us? Part of the Modern Matters: Ancient Jewish Wisdom Series with Rabbi David Wolpe. Struggling with today’s cascade of political and social controversies? Why not discover what Judaism has to say about them? After all, between the Five Books of Moses, 2,711 pages of the Talmud, the Mishnah and 5,779 years of history, Judaism offers important lessons about almost…

Growing Together: New Parents Drop In

With a new baby at home, parents need a place to share both newly minted parenting wisdom as well as their concerns. Drop by and make the kind of friends you can grow with! Your baby is welcome, too!